19
SHARES
ShareTweetSubscribe
#mc_embed_signup{background:#fff; clear:left; font:14px Helvetica,Arial,sans-serif; } /* Add your own MailChimp form style overrides in your site stylesheet or in this style block. We recommend moving this block and the preceding CSS link to the HEAD of your HTML file. */

Cinemas are overrated, bring yourself to the theater instead!

Borders for the entertainment have opened up, and with the recent new update on the SOPs, physical events no longer have to adhere to 50% capped audience members. That means, the industry can receive more financial support from the public by attending their shows!

Here are 4 on-going or upcoming VERY different theater shows to catch in the coming month in Klang Valley.

The story of The Swordfish, Then the Concubine is based on that of the classical Malay literature work Sejarah Melayu. Attack by swordfish, feudal obeisance, punishment by impalement and war … the play is full of historical and mythological elements. Playwright Kee Thuan Chye also alludes to contemporary social predicaments, political games and “secret codes”. This story transcends time and space, merges reality and parable, and chronicles the inseparable fate that binds rulers and subjects.

A Streetcar Named Desire, Tennessee Williams’ iconic award winning play, was first produced in 1947 and was later made into an Academy award-winning film. It describes the decline and fall of a fading Southern Belle, Blanche Dubois, who leaves behind a privileged background and moves into a shabby New Orleans apartment with her younger sister, Stella. The main themes of the play are loneliness, frustration and the desperate need for communication by people who are society’s misfits.

After playing Stanley in a 1969 production at the National Theater in Perth, Australia, director Joe Hasham went on to direct a critically-acclaimed staging for The Actors Studio in 1993 which sold out even before opening night. He will now be directing a Mandarin adaptation of the Pulitzer Prize-winning play featuring an A list team of actors. 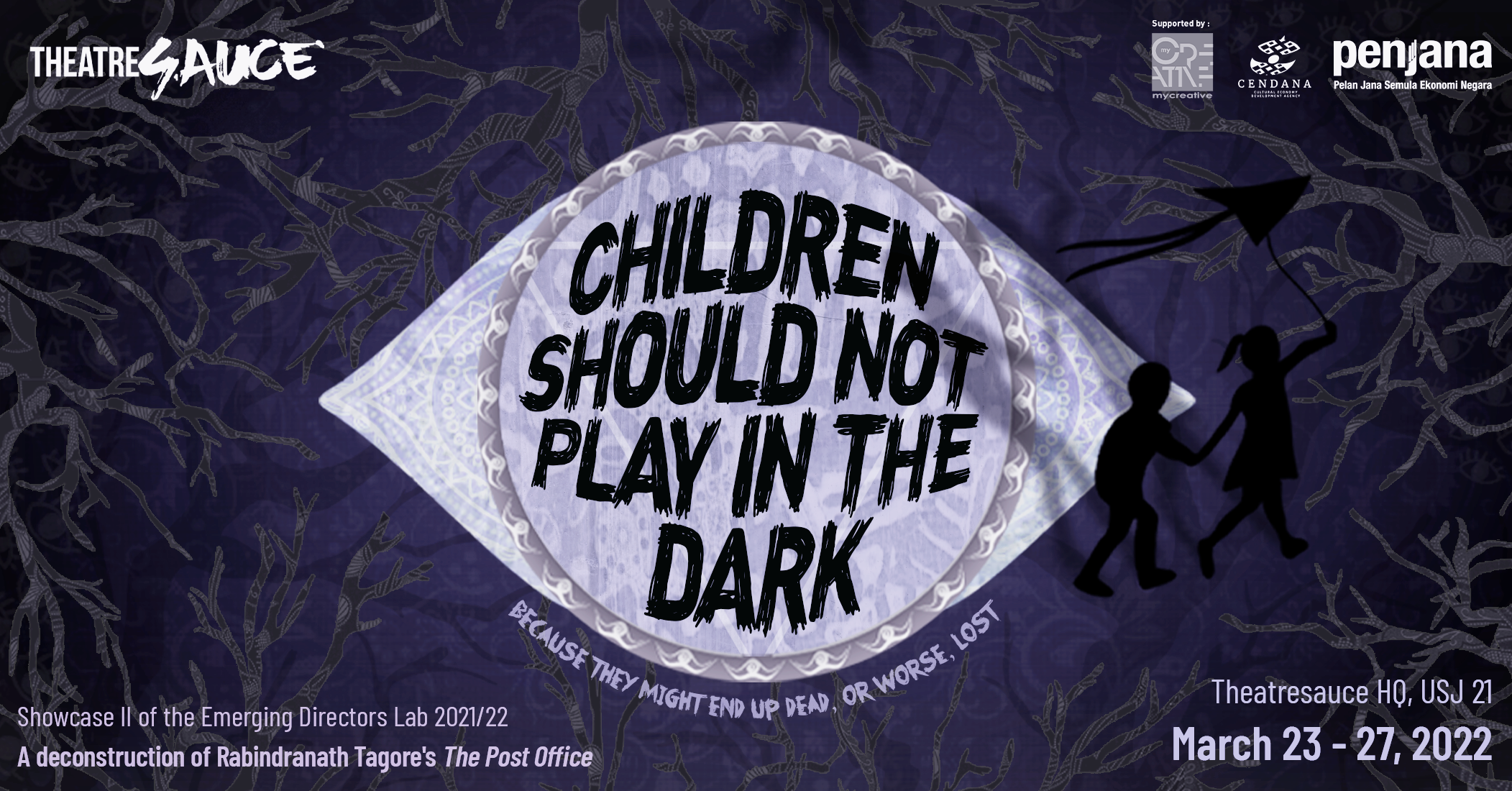 After a sold-out first showcase, the five directors from the third cycle of Theatresauce’s Emerging Directors Lab present an immersive on-site experience.

A boy is dying. The clock is ticking. Five directors are possessed by ten other directors, dead and alive. All hell breaks loose. The boy finally gets to play in the dark. Will he get lost?

Children Should Not Play in the Dark is an experimental deconstruction of Rabindranath Tagore’s The Post Office. A different combination of approaches by past and present influential theater makers is used in the direction of each piece.

Given its intimate and immersive nature, each performance can only admit 10 audiences who will travel from one space to another. Children Should Not Play in the Dark explores themes of time, confinement, and demise. This production is strictly for mature audiences. 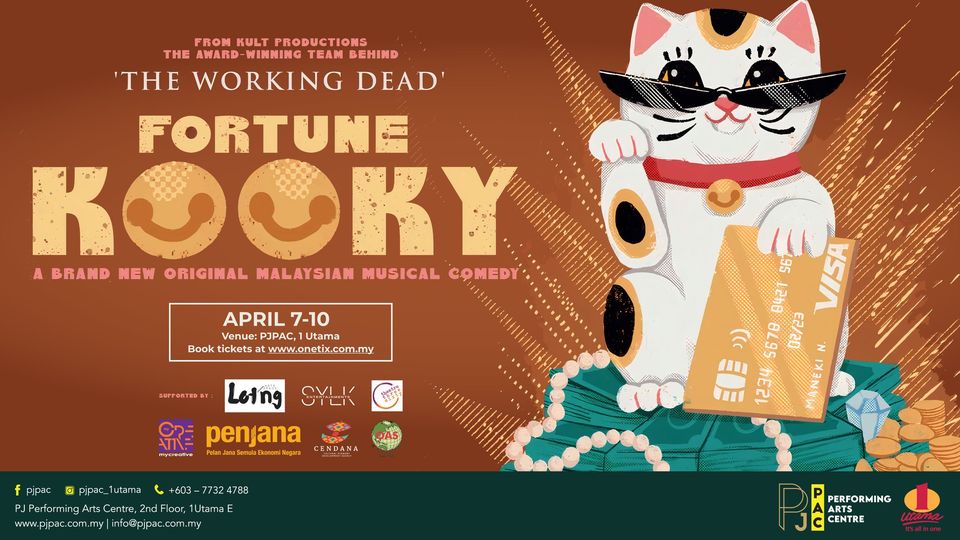 Fortune Kooky is a brand-new all Malaysian musical comedy brought to you by the team behind the award-winning musical The Working Dead!

Fortune Kooky is the whimsical tale of Jared, a poor hawker’s son who aspires to become rich after developing a new fitness app. After a blessing from the God of Wealth, it seems that all his dreams are coming true. He soon learns, however, that people do crazy things when money is involved, and his peaceful life is soon turned upside down.

Fortune Kooky is written by Terence Toh and Lydia Tong, with music by Lydia Tong and Kelvin Loh. It is directed by Nicole-Ann Thomas. The musical will feature live music from a four-piece band.

That’s your weekend already planned for the upcoming month. Let us know which show you’re catching!

19
SHARES
ShareTweetSubscribe
#mc_embed_signup{background:#fff; clear:left; font:14px Helvetica,Arial,sans-serif; } /* Add your own MailChimp form style overrides in your site stylesheet or in this style block. We recommend moving this block and the preceding CSS link to the HEAD of your HTML file. */

4 PLACES IN TANJUNG SEPAT – ESCAPE FROM...